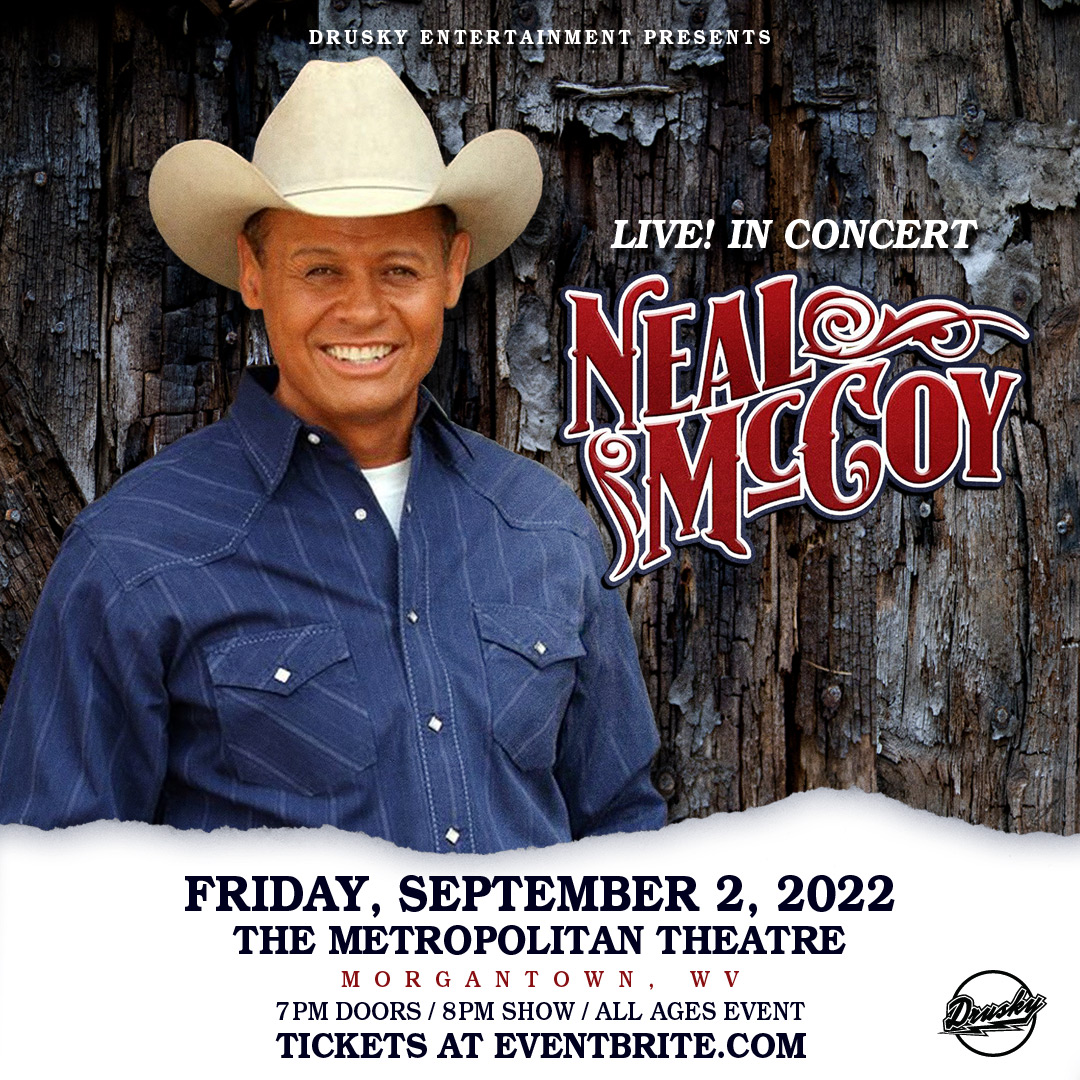 Neal McCoy has released fifteen studio albums on various labels, and has released 34 singles to country radio. In 1993, Neal McCoy broke through with the back-to-back number 1 singles No Doubt About It and Wink from his platinum-certified album No Doubt About It. His commercial success continued into the late 1990s with two more platinum albums and a gold album, as well as six more Top Ten hits. A seventh Top Ten hit, the number 10 Billy’s Got His Beer Goggles On, came in 2005 from his self-released That’s Life.

Music of Your Life, a big band jazz and country amalgam with Les Brown, Jr. recorded for a public television special, appeared in 2011, with a new studio album, XII, finally arriving in 2012. In 2013 he released Pride: A Tribute to Charley Pride, Neal’s long time friend and mentor. 2015 brought the Big Band Standards CD You Don’t Know Me. Neal has been on 15 USO Tours around the world and continues to say it’s one of the achievements he’s most proud of. He is also the recipient of multiple Humanitarian awards from The Academy of Country Music, The Country Radio Broadcasters and The Masonic Grand Lodge. In 2016 Neal has again made a move to continue his patriotic values by reciting the Pledge of Allegiance “Live” on his Facebook page every morning. He’s reached millions of viewers all over the country and around the world. Neal still maintains a very busy touring schedule all through the year. Make sure to catch a show when he’s near because as Neal says “No two shows are the same!”