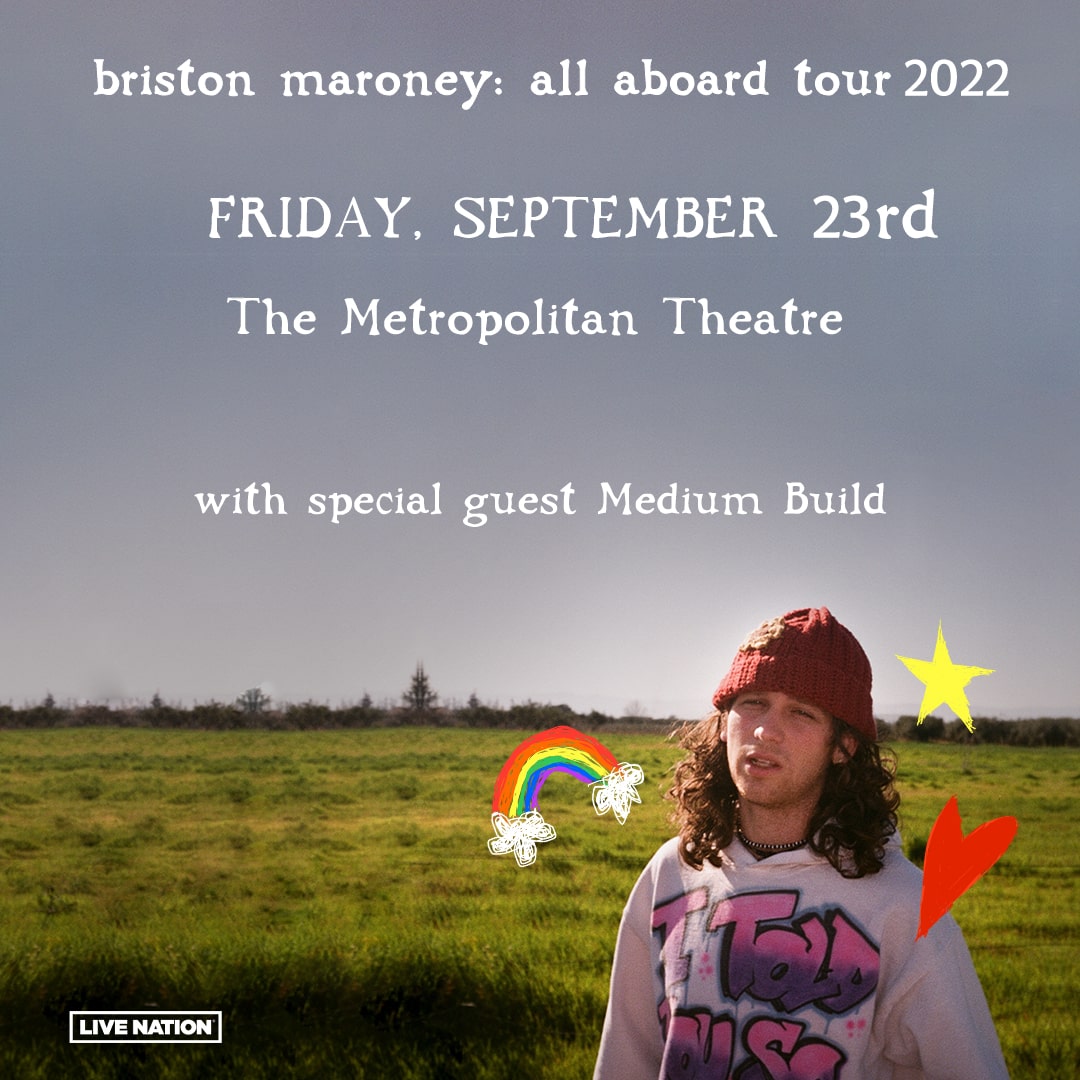 For Briston Maroney, it’s been a journey to arrive at the current moment. A mental, physical, emotional, and musical one. But it’s left him equipped: not only with a deep understanding of self, discovered through life’s trials and errors, but just as important, with a piece of art that reflects his personal growth. Sunflower, Maroney’s debut album, is the culmination of the past decade of the now-22-year old’s life. “It’s all of the things I’ve been stoked about since I was 12 coming together,” the wise-beyond-his-years, Nashville-based singer-songwriter says with a laugh of his striking album. “It’s been a literal and physical relationship with the record as far as coming to a point where I understand what parts of me it represents, what it means to me as a person and what it means for my entire life.”

Recorded between the summer of 2019 and early 2020 in LA with acclaimed producer John Congleton, Sunflower is “definitely a milestone,” Maroney admits. “I’d be lying to say I didn’t feel a little bit of that. And why not let yourself enjoy it?” It’s also a gut-punch of fuzzy power chords (“Sinkin”) and genteel acoustics (“Cinnamon”); deftly-composed pop songs (“Freeway”) and hard-charging rockers (“Rollercoaster”). “I put all of myself into it,” Maroney adds of the 10-track LP. In retrospect, he adds, “I definitely have this sense of calmness now. I did what I was capable of doing and I’m just glad I was around my friends and my people to help me get to this point.”

When Maroney began to tour the US and Europe alongside other artists, co-writing sessions became commonplace as they created music together while on the road. It was at this point he made the conscious decision that he would seek out additional songwriters and producers to work with on his debut full-length project; as Maroney’s music world grew, so too did his desire for collaboration.