An Evening with Straight No Chaser 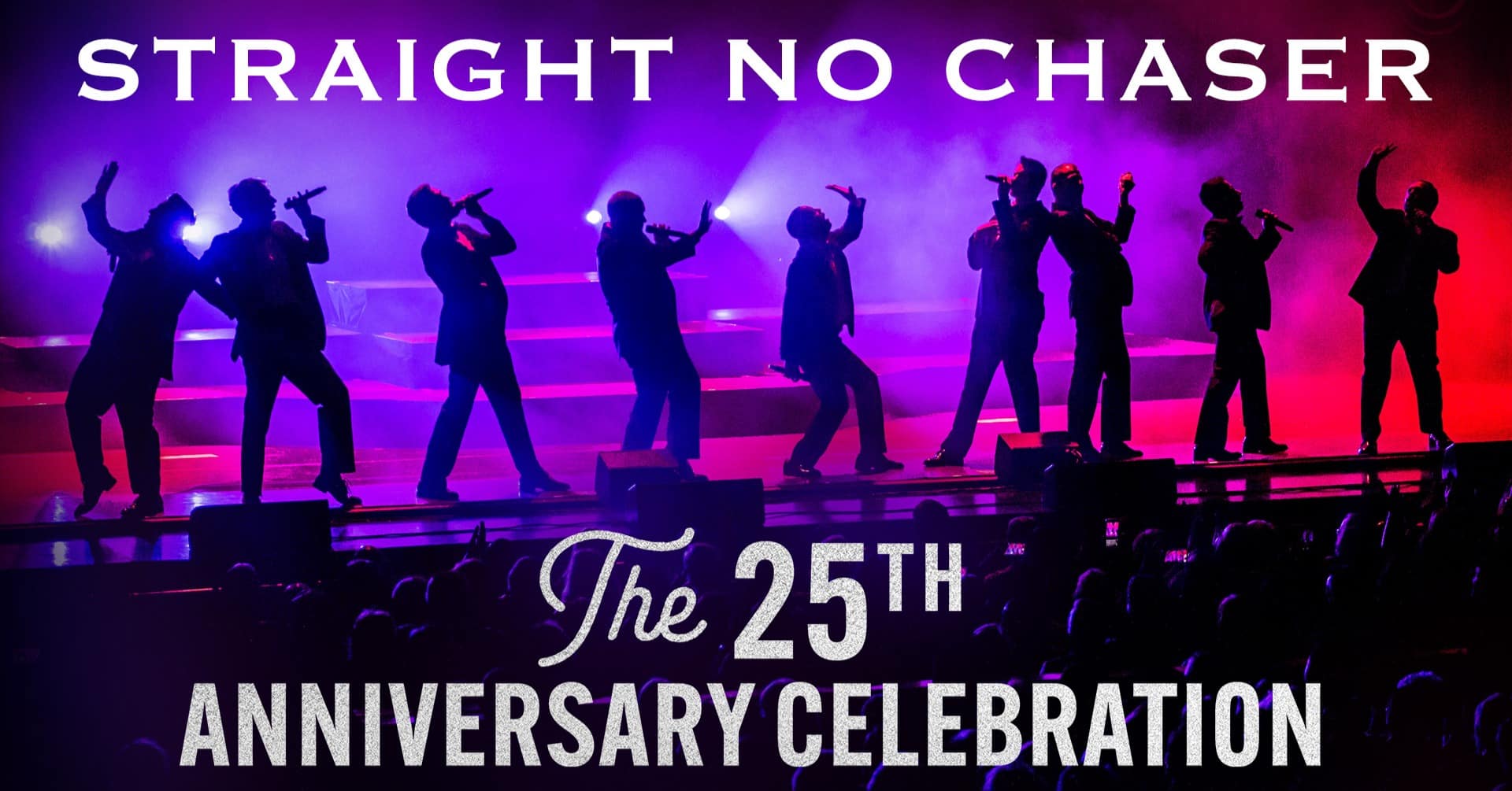 An Evening with Straight No Chaser

If the phrase “male a cappella group” conjures up an image of students in blue blazers, ties, and khakis singing traditional college songs on ivied campuses … think again. Straight No Chaser (SNC) are neither strait-laced nor straight-faced, but neither are they vaudeville-style kitsch. They have emerged as a phenomenon with a massive fanbase and a long list of accomplishments including two Recording Industry Association of America (RIAA) gold certified albums, over 1.5 million concert tickets sold, over 1 billion streams on Pandora, and over 2 million albums sold worldwide. Straight No Chaser is the real deal, the captivating sound of nine unadulterated human voices coming together to make extraordinary music that is moving people in a fundamental sense … and with a sense of humor.

Content and performance elements are suitable for the entire family.

Energetic and loud; come prepared to move or tap your feet.

*WVU Student discounted tickets are limited to one per valid WVU Student ID at the campus box offices.