Almost Queen: A Tribute to Queen 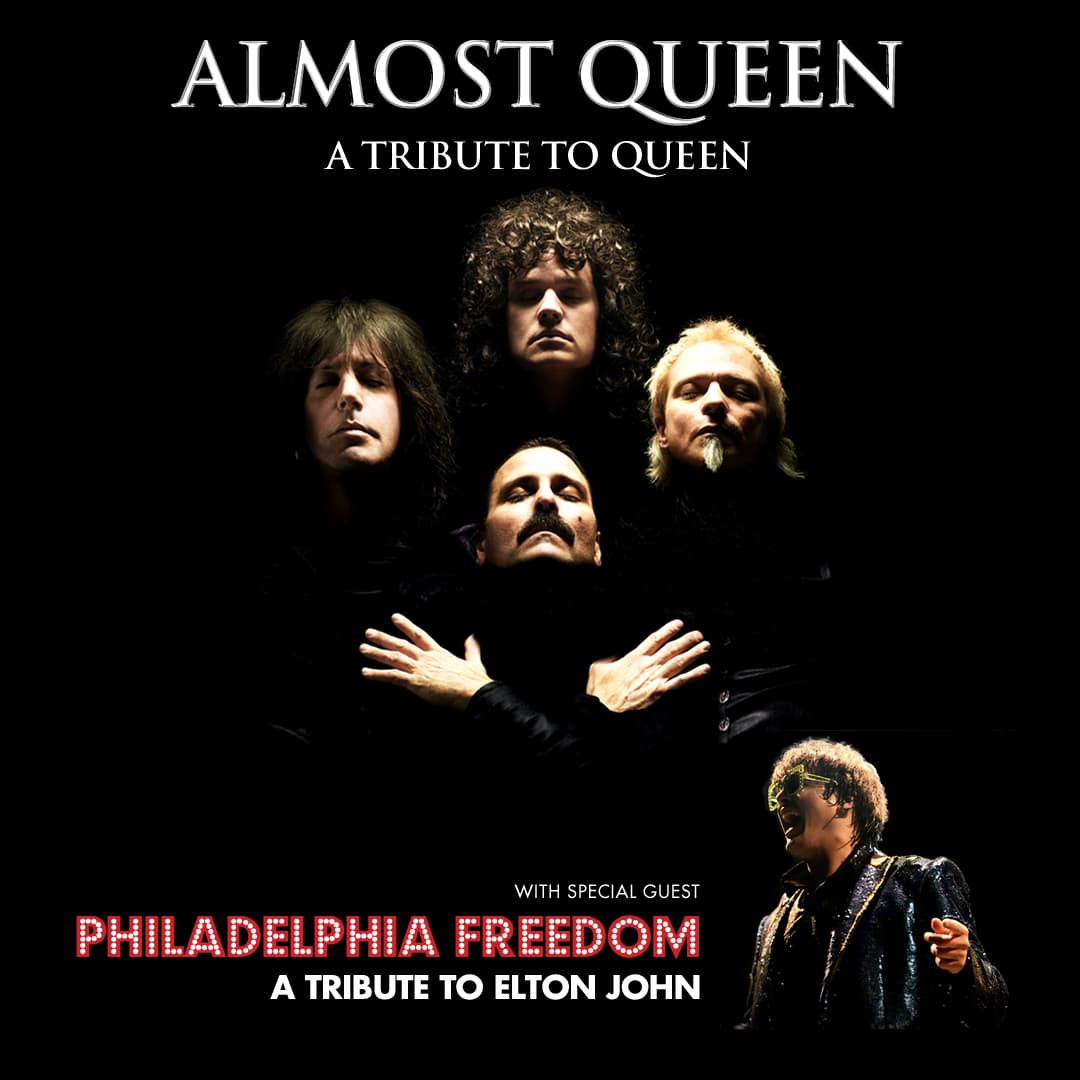 Almost Queen: A Tribute to Queen

“I am a very big Queen fan and Almost Queen does a great job of creating the illusion of actually seeing Queen live. We all miss Freddie Mercury, I feel the band pays tribute to him and Queen respectfully.”
-Eddie Ojeda (Twisted Sister)

“These guys are even better than the Queen that’s out there touring.”
Howard Stern

“Without a doubt, Almost Queen are probably the finest testimonial to Queen I have ever had the pleasure in seeing. If Freddie were alive today he’d queue for tickets!”
Eric Cook -Demolition Records, UK

“Almost Queen proved that they are the best Queen tribute act around… Almost Queen captured the essence of Queen’s classic songs both from a sonic and lyric standpoint. Their show was high-energy and fun, and they are worth checking out in a live setting.”
Digital Journal