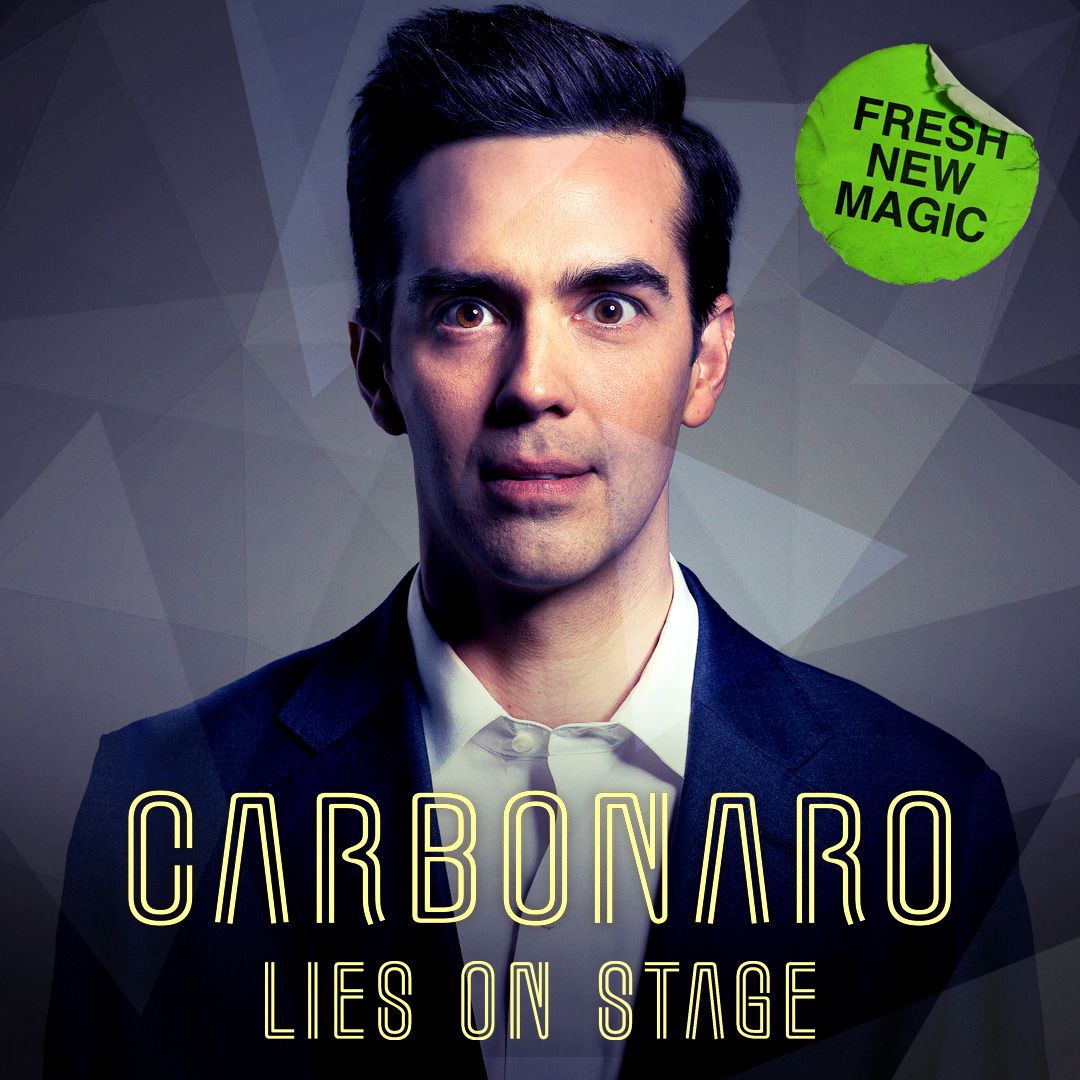 After hundreds of sold out performances and critical acclaim from his inaugural theatrical tour, Michael Carbonaro takes the stage with a brand new show! From his hit television series “The Carbonaro Effect” on truTV, America’s favorite Trickster makes a triumphant return to live performances in CARBONARO: LIES ON STAGE, conjuring up a concoction of unbelievable magic, hysterical offbeat shenanigans, and wonder for audiences of all ages.

Tickets can be purchased via this link.