Karen Knotts – “Tied Up In Knotts” 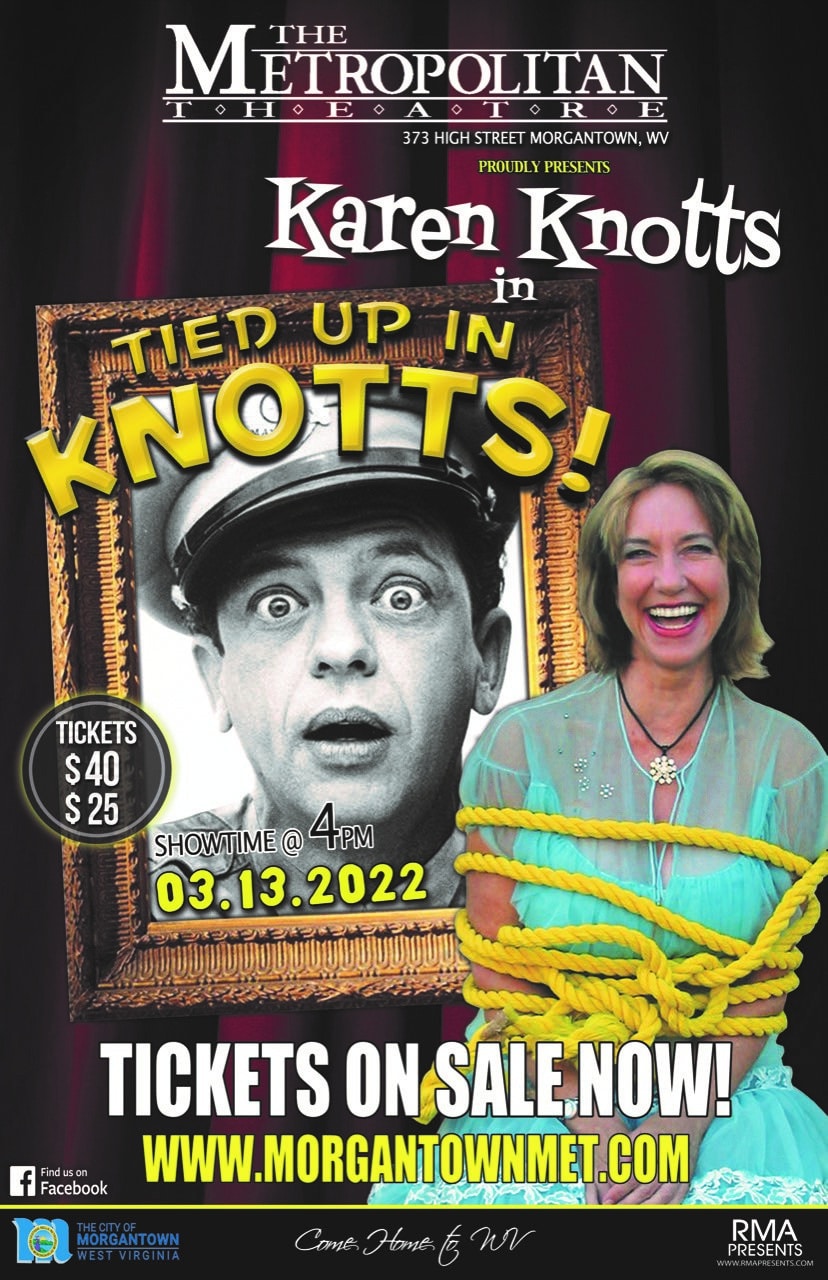 Karen Knotts – “Tied Up In Knotts”

The City of Morgantown and RMA Presents will bring Karen Knotts and her “Tied up in Knotts” comedy show to The Metropolitan Theater at 4 p.m. on Sunday, March 13, 2022.

Karen Knott’s is the daughter of Morgantown native Don Knotts, who’s entertainment career began in Morgantown and took him to Hollywood and beyond. Don Knotts is best known as Andy Griffith’s deputy side kick Barney Fife on The Andy Griffith Show.

Karen’s show is a docu-comedy that pays tribute to her father and delivers a show full of laughs.

“As a child I visited the set of The Andy Griffith Show and saw dad rehearse Barney Fife, his most enduring character,” said Karen Knotts. “I was also an observer of his fascinating relationship with Andy Griffith. In my one woman comedy show I also talk about the making of his movies: The Incredible Mr. Limpet; The Ghost and Mr. Chicken; and The Apple Dumpling Gang movies with Tim Conway. I share a few popular clips as well as rare footage from his early days in New York playing the ‘Nervous Guy’. For me, it’s a love story that continues to grow as I share these precious memories with audiences who continue to find joy in the legacy of Don Knotts.”

Tickets for the show start at $25 and are on sale now.